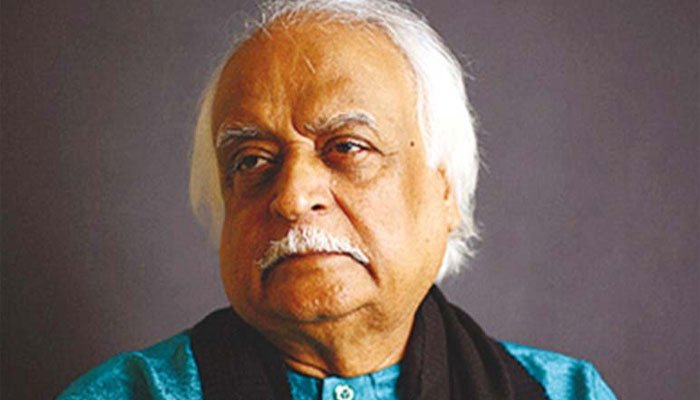 Anwar Maqsood Hameedi popularly known as Anwar Maqsood is a Pakistani scriptwriter, television presenter, satirist, humorist, and infrequent actor. He was well known for his drama write-ups for PTV in the late 1970s and 1980s.

Anwar Maqsood was born on 7 September 1940, in Hyderabad State. He studied at the Gulbarga Trust School in Aurangabad. His large family migrated to Karachi in 1948, after the creation of Pakistan in 1947. His childhood years were spent in PIB Colony, Karachi with his siblings and family. Maqsood belongs to a prominent family of Pakistan and some of his siblings are well known in their own right: his sister, Fatima Surayya Bajia was a well-known writer in Pakistan and South Asia whose marriage ended early in divorce. She then chose to play a key role in the upbringing of her nine young brothers and sisters and became a maternal figure to them. Another sister Zehra Nigah, is a relatively well-known poet. One of his brothers, Ahmed Maqsood, is a former Chief Secretary Sindh; and his sister Zubaida Tariq was a cooking expert and chef. His wife, Imrana Maqsood is a known novelist and his son, Bilal Maqsood is a rock artist, lead guitarist and vocalist of the former rock band Strings. He has one daughter. A book on the life and work of Anwar Maqsood titled Uljhey Suljhey Anwar (الجھے سلجھے انور) was written by his wife, Imrana Maqsood.

Anwar Maqsood has been associated for many years with PTV where he served as a Presenter for a variety of their Television programs including ‘Studio Dhai and then Studio Ponayteen along with Show Sha and various other shows.

Maqsood is often regarded as one of the leading Pakistani satirists/writers as well as highly respected in social and showbiz industry of Pakistan. Anwar Maqsood is often given credit for encouraging talented television actors like Bushra Ansari and Moin Akhter. He wrote various successful plays for television industry, including: